Building fences keep your dog safe but that’s not all. These fences also keep your dog from disturbing your neighbors and the neighborhood. Keeping your dog fenced reduces the chances of your dog getting hurt by vehicles, attacked by other animals, intruders, and even being dognapped. Yes, dognapping is a thing. It’s like kidnap but instead of a child, it’s a dog.

What is an Electric Fence?

Electric fences can be visible too because electricity can be made to pass through some chain-linked or solid barrier fences. Invisible electric fences might be a better option for your dog if it is on the big side.

In this article, we will be referring to bother the visible and invisible electric fences but mostly the invisible ones.

The short answer to this question is Yes. The electrical shock delivered by your fence should be adjusted to meet the size of your dog if you want it to work. Invisible electric fences are most suitable for small dogs because the static shock delivered by them is very minimal even if it is at the highest level.

But for big dogs, the electric fence seems to be more of a better option because you can always adjust it by yourself to the right amount of shock.

For electric fences that come with collars, there are about 3 to 100 levels of static shock. Well, each brand with its levels. These levels are of different degrees such that level 5 has a lower output than level 20. In most cases, the higher the level, the higher the output. So if you have a big dog, you might want to set the simulation to a level as high as 10.

Reasons To Use Electric fence For Big Dogs

Most dog owners who employ the use of electric fences for their dogs do this with the purest of intentions, not for any reason but to keep their furry buddies safe and happy.

Are Electric Fences Powerful Enough to Hold a Big Dog?

Well, yes. At purchase, they might not be strong enough to hold your pet but after you must have tested it and found out, you can adjust it to deliver enough static shock that your dog would respond to. But be careful not to increase it so much that it can traumatize or stress your dog.

Having a big dog does not stop you from using an electric fence. It gives you every reason to use one. Like every decision made by humans, it takes a lot of inquiry and consideration to pick the one for your big dog. But in the end, you’ll see that it was worth it.

The assurance electric fences give you is everything compared to those few hours of research and thoughts.

How To Install Invisible Dog Fence Across Driveway or Sidewalk?

How Can I Keep my Dog in Yard Without Fence? 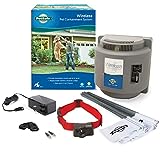 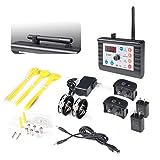 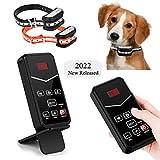 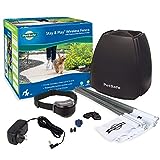